In late February this year, our Key Account & Trading Manager Alex Capurro left Nicaragua (still with customers in tow) and jumped over to Guatemala to spend some time with the indigenous community of Todos Santos.

After departing Nicaragua, we travelled straight to Guatemala and (following a couple of days visiting suppliers’ offices in Guatemala City) we promptly hopped into a twin-prop, 18-seater plane and flew directly into Huehuetenango City. Direct flights between these two cities have been running for less than 12 months and I cannot stress how much of a game-changer this has been to opening the region to external visitors of all kinds (including coffee-related or tourism).

To put this into perspective, the last time I had visited Huehuetenango, the drive from Guatemala City took over 6 hours on sinuous highways cut into the sides of the mountains. In stark contrast, the flight was all of 35 minutes in duration (more like a quantum leap, really!). 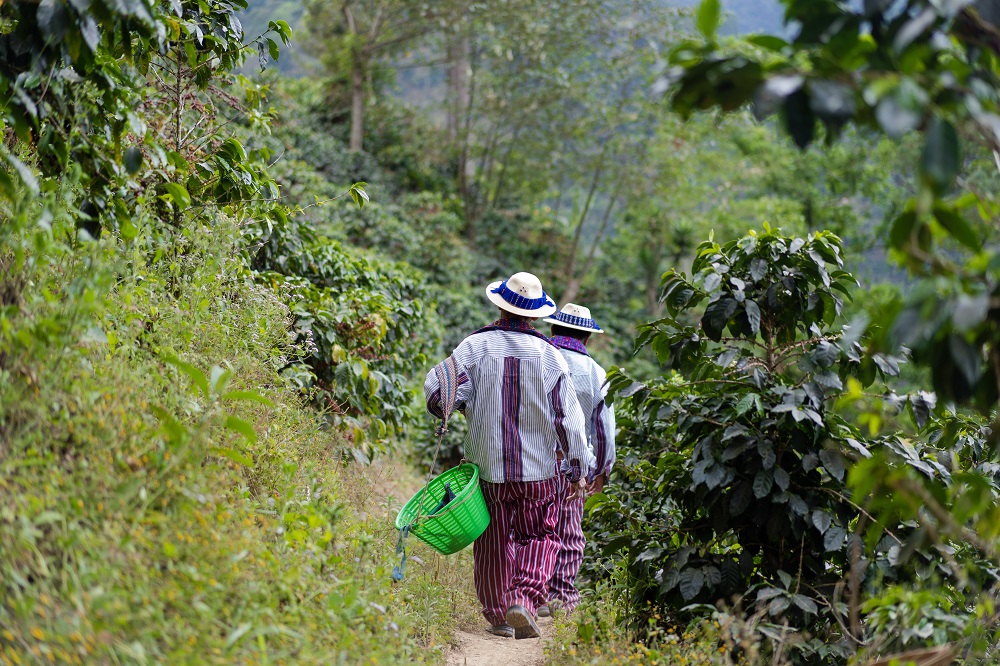 When we arrived in Huehuetenango early one morning, we were greeted by Basilio Chales, the local certification coordinator for the Todosanterita cooperative. Basilio packed us into his ute for the hour-long journey which took us over the Cuchumatanes range (where we had a delicious breakfast of roast lamb and hot soup at a very chilly 3200 metres above sea level), before descending to just over 2000 metres into the town of Todos Santos.

Basilio is also a true local of the area as he comes from one of the largest indigenous groups in the region, the Q’tan’ma, who are directly descended from the Mayans of pre-Columbine fame, so his roots run deeper into the land than most of us could ever claim. The Q’tan’ma, and other related groups of the region speak their traditional language, Mam, and still observe and practice many of their ancient customs. In fact, for many who live in the more remote mountain communities, Spanish is (at best) a distant second language.

One characteristic of the community in and around Todos Santos is that a very large proportion of the population of all ages and genders, in addition to speaking Mam, also dress in their traditional attire on a daily basis. It is an understatement to say it is an experience like no other to arrive into Todos Santos for the first time. 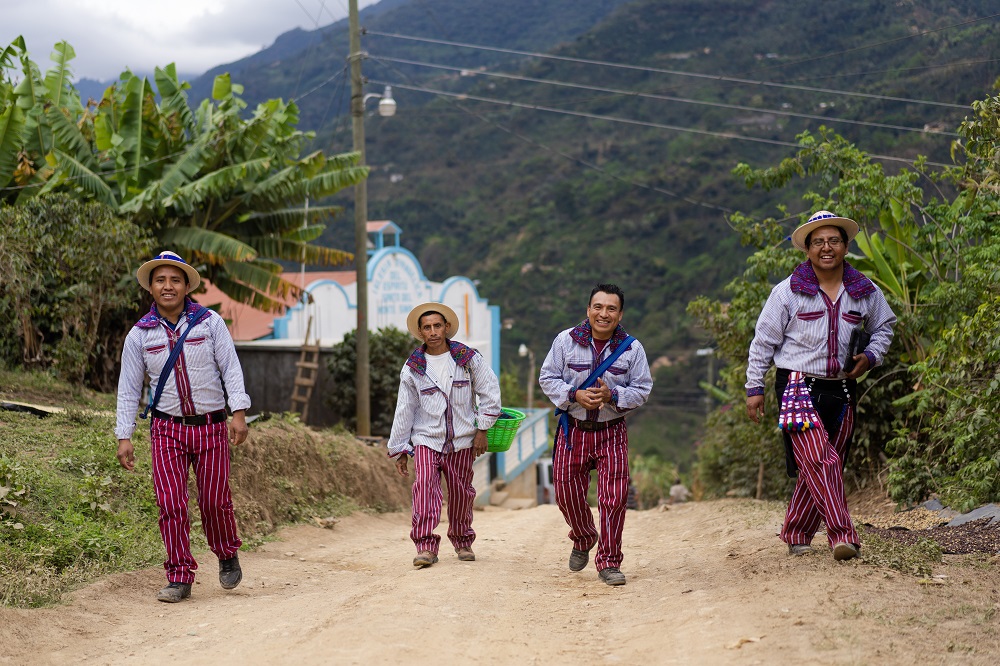 Locals out for a walk

From town it took us another good hour to get to our final destination, the Todosanterita Cooperative, where we spent the day meeting with the local management team and visiting some of the members’ farms and facilities.

One distinctive characteristic that separates Huehuetenango coffee farmers from those in other regions across Guatemala is that most of them have their own coffee washing and drying facilities in order to process their own coffee and deliver parchment to local collection points. Historically this is because the region has always been difficult to access due to the very high and steep mountain ranges in that part of the country. Therefore, as transporting wet parchment or whole cherry is a logistical impossibility for most small farmers, they deliver dry parchment to cooperatives, buying stations or local intermediaries. 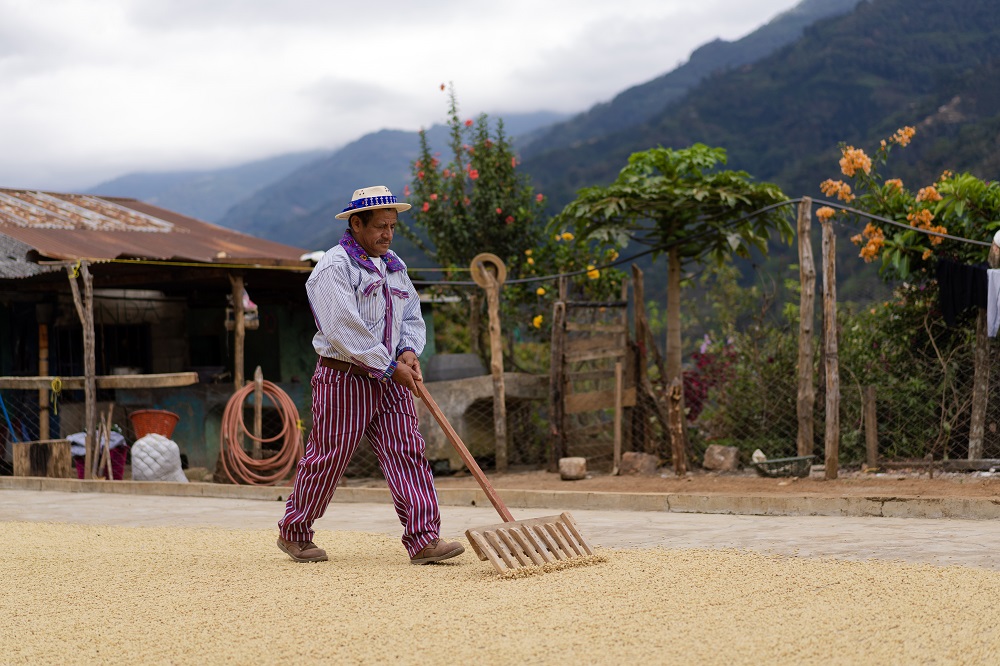 The Todosanterita cooperative itself was founded in the mid-1980s by about 20 or so members who had up until then been migrant indigenous workers in coffee and other farming activities (in fact, Basilio’s parents were migrant potato farmers prior to settling in the area and joining the cooperative).

Today they have (at last count) 131 members of which 16 are women heads of household, and as a cooperative their combined annual production is equivalent to over 5500 x 69kg sacks, or 20 containers. Todosanterita are also one of the more than 75 cooperative-members that make up Fedecocagua, a second-degree cooperative that acts as an umbrella organisation tasked with processing, marketing and exporting the coffee of coffee cooperatives from across Guatemala.

All of the original members of the cooperative were extremely poor and illiterate, and a main driving force for them joining forces (as told to us by one of their last surviving founding members and current president, Felipe Perez Pablo), was always to provide their members with a higher quality of life and better opportunities than they ever had. 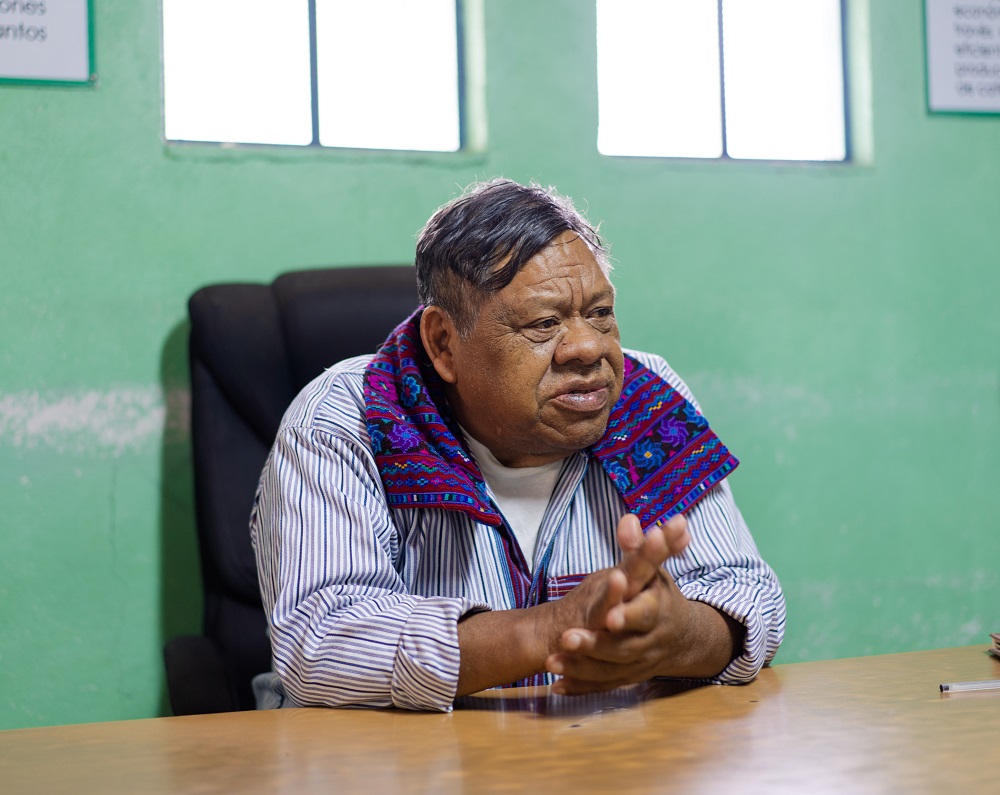 According to the cooperative’s leadership, the way to achieve this was (and continues to be) to bolster education and health within their community, as well as to maintain and improve their surrounding environment. They still have a lot of work to do, and having built and funded a school for the local primary age children, one of their next targets is to generate enough funds to have a health professional visit their medical centre on a regular basis. This can be achieved through consistently higher pricing for their coffee, which they are well aware comes via consistently higher quality.

Nonetheless, although their quality is exceptional, not all their production is sold as the premium Todosanterita type, and is more often than not blended into commercial Huehuetenango types. Communities like the one represented by the Todosanterita cooperative ultimately depend on consumers recognising not only the quality of their product, but the hard work that goes into achieving it and then paying a fair price for it.

Our first shipment of Todosanterita coffee has tasting notes that include red apple, blackcurrants, crisp acidity and floral notes, a silky smooth texture and a long, creamy chocolate and hazelnut finish. Amazingly (and sadly for some), we have almost sold out of this coffee in a few short weeks! However, if you missed out this time you will get a second chance very soon, as we do have another shipment of Todosanterita due to arrive in September. Probably best to put your name down for some as we don’t reckon it will last long once it lands!